1961 Corvette Sees the Light of Day After 50 years

Written by Scotty Lachenauer on August 31, 2016

Mike Walsh keeps himself pretty busy these days. As proprietor of The Early Vette Shop in Shohola, Pennsylvania, he oversees a variety of restorations of some of the rarest and rattiest Corvettes in the country. Aided by his brother, Joe Erven, the two-man crew is a well-oiled force to be reckoned with; versed not only on the history and mechanicals of Chevy’s fiberglass hot rod, but also on how to keep them up and running and out on the road where they belong.

For the full story:   http://www.hotrod.com/articles/1961-corvette-sees-light-day-50-years/

Laurel Black read how Mike saved a particular 1960 from prolonged sleepy slumber in the pages of Vette Magazine and was intrigued. She contacted Mike with a disclosure of sorts; something that would blow Mike’s Corvette-infested cranium. Laurel had her late mom Marilyn’s old Corvette, a car that hadn’t moved since it was parked 48 years ago. She wanted the Corvette to go to someone who could care for it, get it back on the road and just do the right thing. She needed advice, direction, and of course an estimate of its value.

Along with restoration comes some exploration. Mike’s been doing these “search-and-rescue” missions since he was a teen. He pulled his very first Corvette out of a muddy swamp nearly 40 years ago. And yes, he still has that particular 1962 – and it’s never looked or sounded better. But even with four decades of Corvette round-ups under his belt, there are some experiences that can boggle his mind…

So Laurel led the twosome into the garage where the cover was finally removed by Laurel, and Mike’s eyes opened wider than the Grand Canyon. “When I finally saw the car in person, for a Corvette guy like me it was like discovering King Tut’s tomb…to say I was floored would be an understatement; it was that mesmerizing,” says Mike. 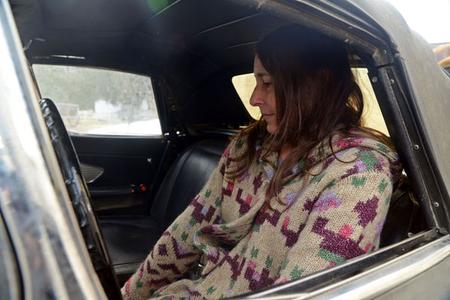 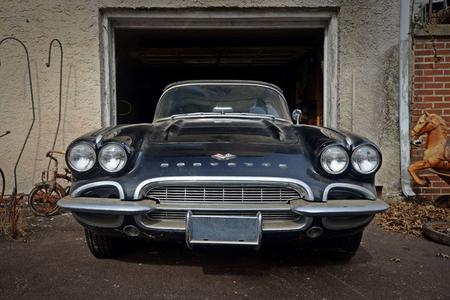 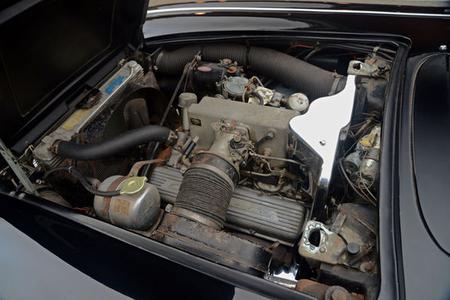 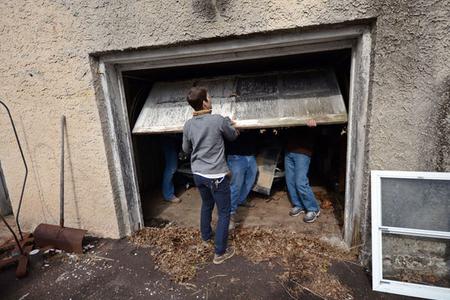 Mike receives calls constantly about long dormant rides, but Laurel’s call was one of those rare times Mike had a feeling this was not going to be your typical, run-of-the-mill restoration inquiry. After some time on the phone, she felt comfortable enough with Mike to ask him if he would come down to Collegeville, Pennsylvania where the car was stored, to take a look for himself.

Mike agreed, but first asked Laurel for a few pictures to make sure he wasn’t wasting time. So she sent him a series of shots from the mid-sixties, and a few of the Corvette in its present slumber. When the “fuel injection” logo came across Mike’s computer screen, that was enough to get his attention. 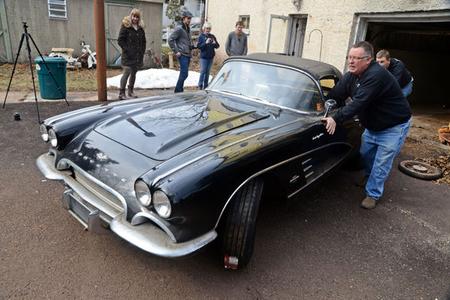